Facebook Ads for Coaches: 3 Core Components You Must Get Right

If you don’t have a system for turning cold traffic (people who’ve never heard of you) into new sales appointments, here’s what happens:

You’re a great coach, eager to make big things happen for your clients, but when you open up your calendar, it’s a wasteland… no appointments on the books.

If you’re anything like me, your first thought is, “Oh crap! I’ve got to fix this… RIGHT NOW!”

You roll up your sleeves and start building sales funnels — one for joint ventures, one for emails, one for referrals, one for SEO, one for LinkedIn… and on and on and on. The more lines you have in the water, the higher your chances of getting new clients, right?

Well, it doesn’t always work that way — at least not in the beginning. Sure, there comes a point when you can have five or six funnels bringing in qualified leads like clockwork. But if you’re not careful, all those “lines in the water” can get crossed, and you end up with funnel complexity, like this: 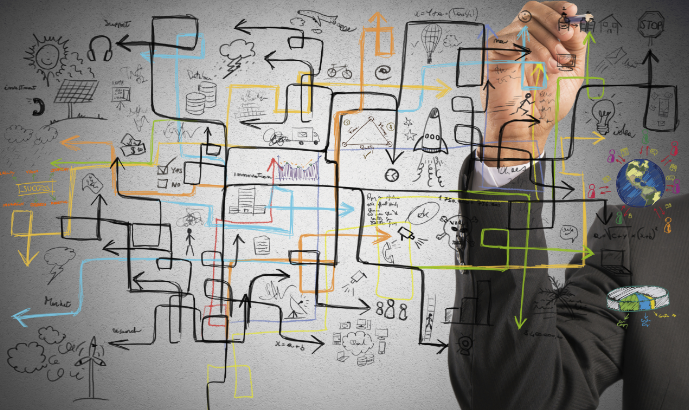 Before you build multiple funnels, you must build one that works really well first. This is where a ton of coaches turn to Facebook ads.

Why Facebook? For starters, by the end of 2017, there will be over 2 billion users. If Facebook were a country, it would be the most populous country in the entire world. That massive popularity coupled with unparalleled targeting and ease-of-entry makes it an obvious choice for coaches wanting to reach new prospects.

That all sounds good on paper, but being successful with Facebook advertising isn’t as easy as it’s cracked up to be. A lot of people — especially those just starting out with Facebook ads — are convinced that it doesn’t work for them. They dump too much time and money into creating campaigns and funnels that don’t even come close to breaking even.

Does that sound familiar?

Maybe you’ve dabbled with Facebook ads but grown frustrated with a lack of results. Or maybe steered clear of Facebook advertising completely because of the horror stories you’ve heard.

Our friend and Black Belt member Tristan Bond spent three months banging his head against the wall — three months of living in the trenches, sucking wind — all because of Facebook ads. But now he’s crushing it! They have multiple, simultaneous campaigns running right now, delivering amazing results.

Right now, I want to show you the three core components that determine whether your Facebook ad campaign will be a disappointing flop or a smashing success.

Before you ever think about your ad images, landing page design, lead magnet layout, or how to up-sell people into a sales appointment, you have to get the basics right. I know that there’s nothing sexy about “the basics”, but building the right foundation is the most important thing you can do to be successful with your Facebook ads.

This is where TOM comes in.

To have success in Facebook ads, you have to nail all three of these.

Think of it as a three-legged stool that holds up your entire Facebook ad campaign (or entire sales funnel, for that matter). If just one of the three legs isn’t quite right, the entire thing comes crashing down. 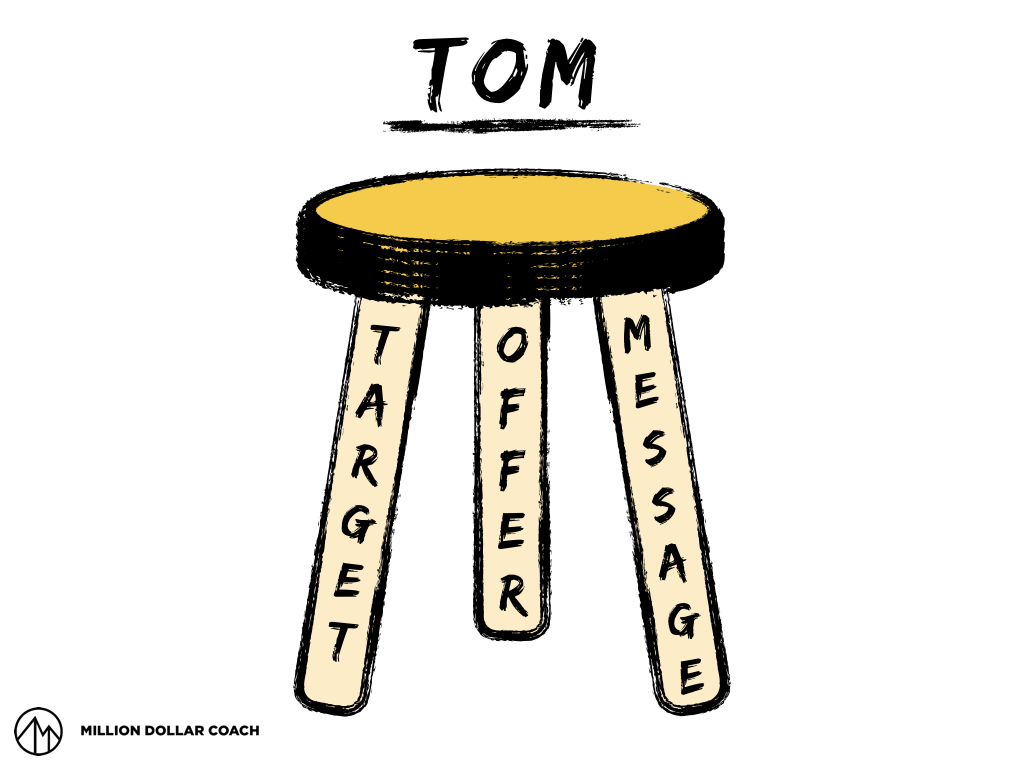 If a Facebook ad campaign isn’t working, 95% of the time it comes back to TOM. I can’t stress this enough. TOM is the single most important factor in the success of your campaign.

You can have the most brilliant IP, a vibrant personality, and the best creative design on the planet, but successful Facebook advertising completely hinges on TOM.

If your current campaign isn’t getting results — or if you’re about to start building your first campaign — the very first thing you need to do is look at these essentials. Let’s dive into each one.

As I mentioned earlier, one of the great things about Facebook ads is the ability to get hyperfocused in your targeting. You can get really fancy with the demographic and psychographic variables in Facebook’s ad manager to pinpoint really specific audiences for your ads.

That’s really cool, but it’s not exactly what we’re talking about here.

[Details like job title, age, location, and interests will all get sorted when you create the Ad Set in Facebook.]

When we refer to “target” as a part of TOM, we’re looking for a much more foundational understanding of who we’re trying to reach with our coaching program (and, obviously, our ads).

This is where we’ll use the four forces. 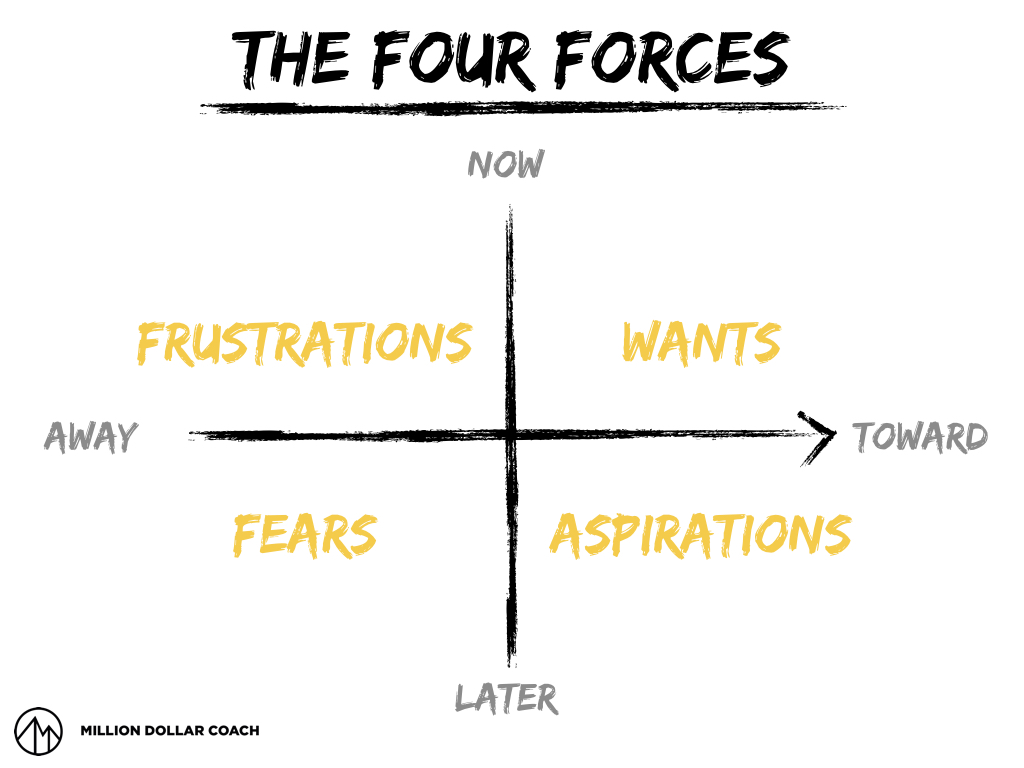 Think about your particular market and ask yourself these four questions:

Why does this help nail down our target? Knowing where someone is right now and where they want to go teaches us who they actually are, far better than any job title could.

When we can name their fears, frustrations, wants, and aspirations, we learn their problem and our opportunity. Their “problem” is that they want something in their world to change. We have the opportunity to provide the solution.

Learn the four forces and you’ll learn your target.

When list out the four forces to identify our target, we see a natural gap between where they are and where they want to be (or between something they don’t have and something they want). The offer is the piece that closes this gap.

Listing out the four forces in detail leaves you with a huge list, which can be really overwhelming. We often feel like our offer needs to bridge as many of the gaps as possible. And even though your full coaching program may solve all your target’s problems, that’s not the role of your Facebook ad campaign.

The role of the campaign is to strike a nerve with your target that gets them to take action. When they make their way through your sales funnel and learn everything else you can do for them, it makes hiring you a no-brainer. But, for the ad campaign itself, you don’t need to solve all their problems.

So, how do you choose the right offer?

One way to choose an offer is to go through the four forces and circle the most irrational items on your list. The more irrational a fear or desire is, the more emotion that’s probably tied to it. And that hugely works in our favor!

Why does this matter? Simply put, emotion leads to action. It’s the way we’re wired. By choosing the fears or desires that are most irrational (and therefore most emotional), your prospects are more likely to take action. 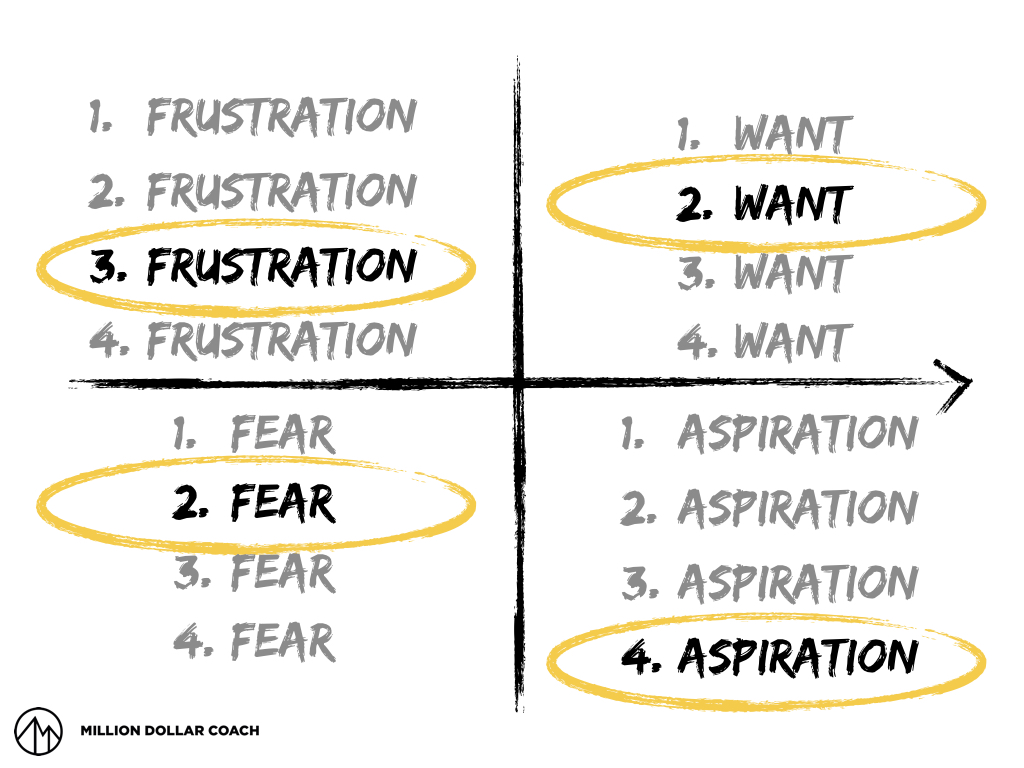 After you circle the most irrational forces, ask yourself, “What solution can I give them to close this gap?”

You have a target and an offer. Now you need a message. This is how you put your offer into words that your target can identify with.

In late 2016, Coca-Cola released Coke Zero Sugar to replace Coke Zero. It has the exact same ingredients Coke Zero, but they claim it’s been reformulated to taste more like standard Coca-Cola. In reality, the difference is hardly noticeable. The real reason they “reformulated” is that their target market — men who don’t want to drink Diet Coke — wasn’t buying Coke Zero because they didn’t know it was sugar-free.

I’m not exactly sure what they thought the “Zero” meant, but for some reason, they just weren’t making the connection. So, Coca-Cola decided to call it Coke Zero Sugar to make it plain as day. It’s essentially the exact same thing, but the messaging is better for their target. It’s a simple tweak, but it can make all the difference.

A lot of coaches — especially those without an extensive background in marketing — may have an amazing skill set, but they tend to suck at messaging. Honestly, this is the bit that everyone sucks at in the beginning, but if you own it and work on it, you can get sharp really quickly.

TARGET is the person, OFFER is what you can help them do, and MESSAGE is how you articulate it.

Running a Facebook ad campaign can be a little intimidating, whether it’s your first time or your fiftieth time. It’s easy to get swept up in what other coaches in your market are doing. We look at our competitors and ask ourselves, “Who are they targeting? What are they offering? How are they phrasing their ad copy?”.

They’ll do absolutely nothing! 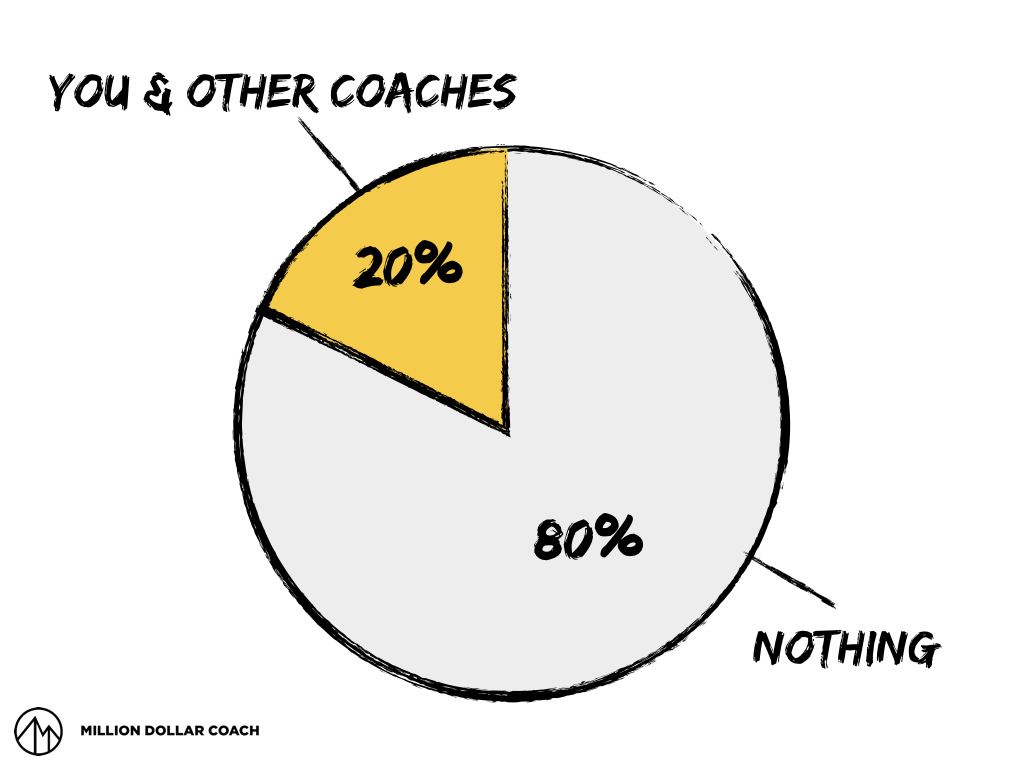 TOM makes all the difference. Nailing your target, offer, and message is the biggest thing you can do to grab their attention and get them to act — leading to successful ad campaigns, more sales appointments, and more clients for your coaching business.

So, one quick question: which of these three could make the biggest difference in your sales funnel?

I’d love to hear what you think, so feel free to shoot me a message or leave a comment in the box below!

P.S. Whenever you’re ready… here are 4 ways I can help you grow your coaching business:

1. Grab a free copy of my book

2. Join the Coach Dojo and connect with coaches who are scaling too

3. Join our Implementation Program and be a Case Study

I’m putting together a new coaching case study group at Black Belt this month… stay tuned for details. If you’d like to work with me on your client-getting and scale plans… just send me a message with the words “Case Study”. — Click Here

4. Work with me and my team privately

If you’d like to work directly with me and my team to take you from 6 to 7 figures… just send me a message with the word “Private”… tell me a little about your business and what you’d like to work on together, and I’ll get you all the details! — Click Here

Want to attract more leads than ever before?

3 Challenges That Stop Coaches From Automating Their Marketing Mar 14, 2016